Join us on Thursday November 12 2015 at 7PM in URBN239 for a screening and discussion of Gladiator!

In 2000 Gladiator took Hollywood by storm with a visually striking return to The Glory That Was Ancient Rome. To bring us back to that time, John Nelson led an international crew of visual effects artists, who created a synthetic Rome, a digital recreation of actor Oliver Reed and numerous artistic strokes on the battlefield and in the arena to help tell this story in a way that captured the imagination of viewers world-wide. The film is directed by visionary director Ridley Scott (Blade Runner, Alien, The Martian) and stars Russell Crowe as The Gladiator.
Gladiator won 8 Oscars™, including Best Picture and Best Achievement in Visual Effects. We are proud and honored to host John Nelson who will introduce the film and talk about his Oscar™ winning work, live from Los Angeles via teleconference. Mr. Nelson will show breakdowns of the effects shots in the film and will answer questions from students.
Don’t miss this great opportunity to meet and learn from a master of visual effects, this Thursday evening at the URBN Center. 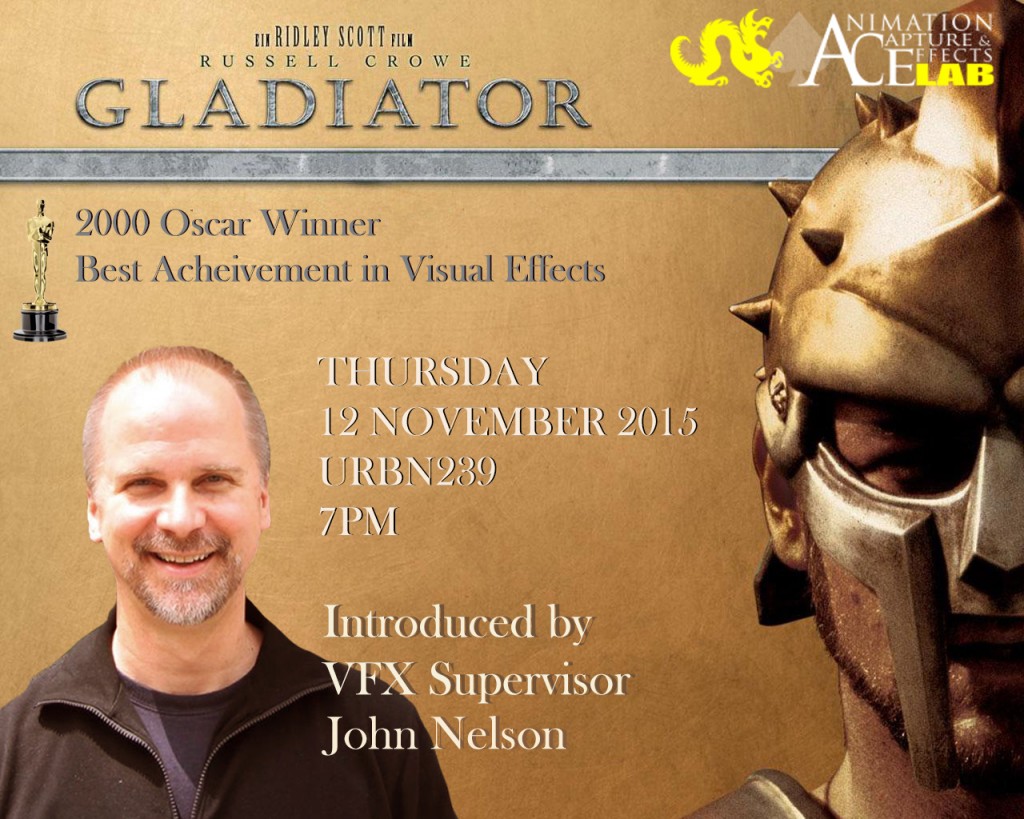