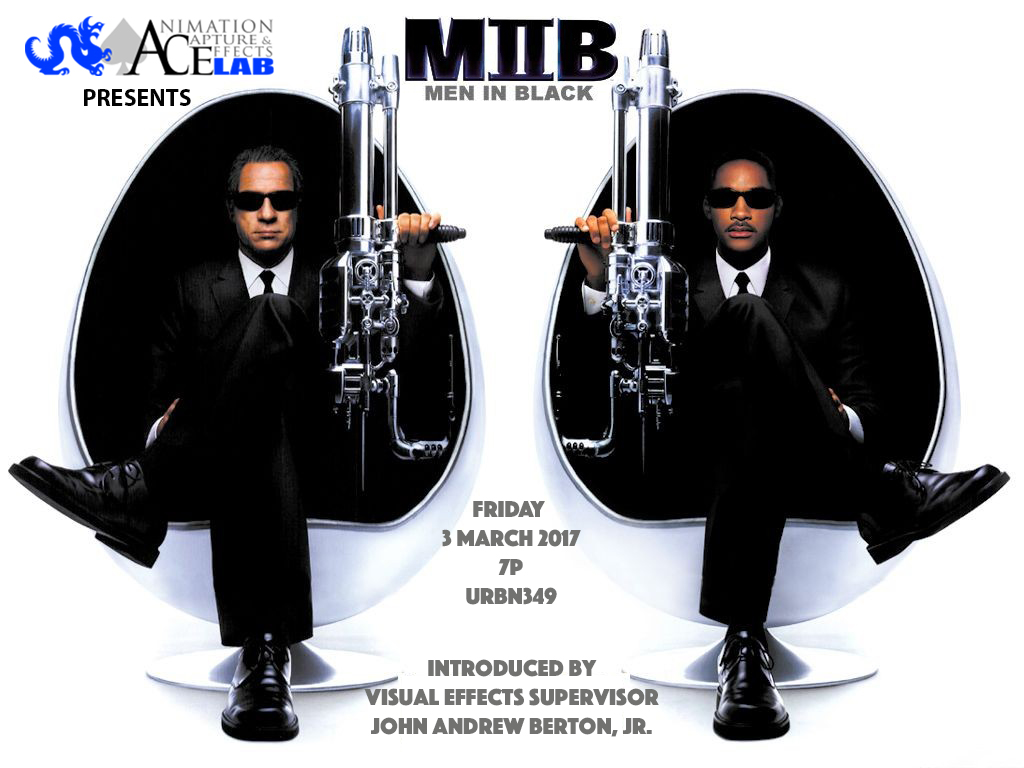 Five years after the 1997 hit, Men in Black, Will Smith, Tommy Lee Jones, The Worm Guys and The Scum of the Universe returned for the sequel: MiB2.
Assistant Professor John Berton, who supervised the visual effects for Industrial Light + Magic, will present the film along with some insights from behind the scenes on the set and in the studios of ILM.