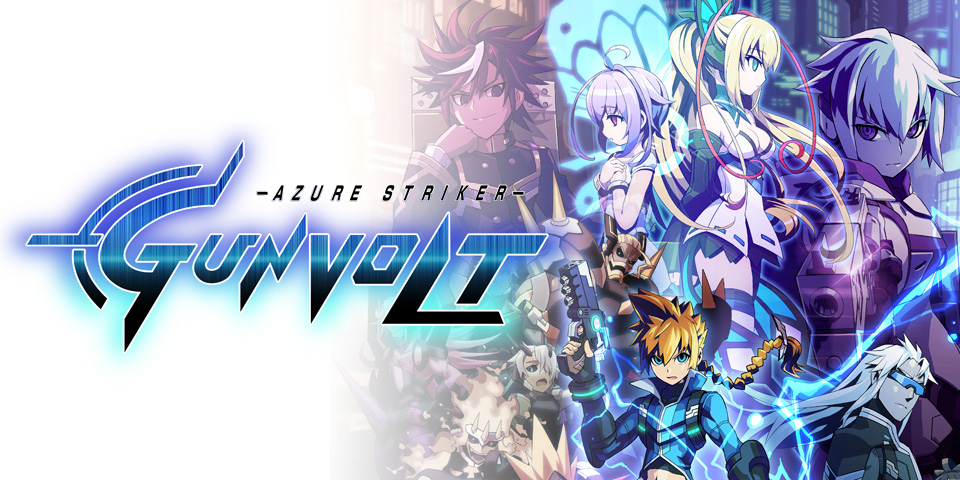 Many games will use a narrative event to break pre-establishing rules in order to accentuate the moment. However, the way in which this is done can dramatically affect the relationship between the player holding the controller and the character going through the narrative event. This is particularly noticeable in RPG boss fights when the protagonist is so determined to win that they become invincible through sheer determination, which ruins the player’s sense of urgency. Azure Striker Gunvolt circumvents this problem by giving the player a generous super-mode called Anthem, but also presenting new challenges which specifically target the nature of Anthem’s abilities.

WARNING: Major spoilers for Azure Striker Gunvolt and Undertale, and a scattering of other games.

Powerups and the Player’s Perspective

Under some schools of design thought, players will always seek out the easiest solution to any given problem. A boss in Dark Souls 2 can be killed from afar with arrows without even engaging it, so naturally, that’s what players will do. However, the designers of Dark Souls 2 knew this was possible and placed the boss so that it could only be shot at from a specific point, which is a little difficult to reach.

But let us say that for whatever reason, the designers place a special encounter which breaks these rules. In Dark Souls, the player dies when they are killed, except for one specific fight against Seath the Scaleless, who imprisons the player instead. If the player was aware of this, then by seeking the easiest solution, they would just run at Seath and die, which makes no sense from a narrative standpoint and is no fun from a player standpoint.

In the reverse situation, a narrative event might make a character so determined that they cannot die. My memory is fuzzy, but Chaos Rings Omega has a fight where a character drops into lava along with their archnemesis. Through sheer force of will, the player’s character cannot be reduced below 1 HP until the enemy dies. Likewise, the “optimal” strategy is to not bother wasting any healing consumables or any mental effort whatsoever, and just wait for the scene to end.

This creates a sharp disconnect between the character and the player. On one hand, the character is in a desperate and epic situation that marks the highest point of their story. On the other hand, the player has no meaningful gameplay decisions to make, and might as well be watching a cutscene. It only works until the player realizes that the rules are changing, at which point they have “seen behind the curtain” and the experience is ruined.

But these situations keep happening in game design. Undertale has several fights where the player does not know that they cannot die. Once they learn this, they might as well not bother dodging anymore. This only happens in the game’s most intense moments, where dying and restarting would completely disrupt the pacing. In contrast, Dark Souls 3 isn’t afraid of disrupting the pacing of its final fights. It’s not climactic despite the threat of death, it’s climactic because of the threat of death.

Sadly, not all games can be Dark Souls 3. Sometimes, they need a more explicit narrative, and they need rule-breaking moments. There can be a middle ground in between these two extremes, where the player feels empowered and challenged at the same time. Azure Striker Gunvolt had a particularly memorable implementation of this phenomenon.

In my other essay on Azure Striker Gunvolt, I went over the basic actions that Gunvolt can take. He can also dash and double jump, but only a limited number of times before he touches the ground, in addition to costing energy.

Anthem is a narrative powerup that triggers randomly with a very low chance whenever Gunvolt dies in a standard level. The theme is that Gunvolt’s lady sidekick sings at him with her superpower voice and he becomes stronger. It grants him infinite energy (allowing him to maintain Flashfield forever), infinite jumps, and infinite dashes. This does not actually make him invincible, it only makes him very strong. If Gunvolt ever runs out of energy, Anthem is disabled until it regenerates, but this would normally be impossible because he has infinite energy.

At the end of the game, a key character, Asimov, betrays you and kills Gunvolt and his lady sidekick. But if the player completes the whole game under an obscure condition, the lady sidekick sings and magically revives Gunvolt with Anthem. This unlocks the final secret level, which is very short and contains almost nothing except for a miniboss and a boss, Asimov.

In this moment, the designers want the player to feel important, empowered, as if they were culminating towards a final epic fight. Gunvolt needs to be stronger than he normally is. However, due to Anthem’s low activation chance, it is entirely possible for a player to complete the whole base game without ever experiencing Anthem. Even though Gunvolt is stronger, the player does not properly know how to use this strength.

This is why the very first enemies you face are a set of basic ninjas. The player has faced them before, and they are able to block tagging darts from the front. Normally, this makes them quite annoying to defeat, as the player must find a way to get around them. In doing so, they learn that they can jump infinitely and just fly over the ninjas. Of course, in typical Japanese-style design, your female sidekick explicitly tells you that you can jump infinitely. But it’s better to learn these things through experience rather than exposition.

Now that the player has learned what Anthem does, they feel as if they could take on the world, which is exactly how Gunvolt feels too. At this point, the miniboss is introduced to teach the player about anti-Anthem mechanics. His signature ability, Quasar Collapse, creates a giant magnetic sphere in the middle of the arena which sucks the player in, exploding after a brief period to deal massive damage if the player is still within the radius. More importantly, if the player touches the sphere, it drains all of their energy, disabling Anthem until the attack ends.

It is particularly important that Quasar Collapse takes up so much vertical space, because verticality is Anthem’s primary strength. Due to the ninjas, the player may have taken the habit of staying airborne constantly, but Quasar Collapse is best dodged by staying on the ground and running away. This establishes the paradigm that attacks with large vertical coverage are particularly effective against Anthem without being overwhelmingly difficult without Anthem.

The League of Legends designers often talk about “invisible power” which is a mechanic that is very strong but not in an appreciable way, such as passive auras buffs. Anthem could be described in the opposite direction as “overvisible power,” which seems very strong but is fairly limited in the surrounding context. In this way, Anthem delivers the feeling of the epic desperate full-force climax while also keeping the player’s power level in check with an appropriate level of challenge.

After the miniboss, the final boss Asimov uses attacks with many of the same principles. Almost all of Asimov’s attacks have the same energy draining attribute as Quasar Collapse, so the player must be prepared to defend themselves while Anthem is disabled.

One attack sends out a turret which stops in the middle of the arena then fires two barrages of bullets, one sweeping the top side and the other along the bottom. If the player is airborne with Anthem, this can be rather hectic, but not impossible to dodge. However, if the player does not have Anthem, the attack is almost easier to dodge, because the player doesn’t have to worry about the bullets firing along the top half of the screen.

By itself, Anthem would trivialize the majority of the game’s content, falling into the same trap as the Chaos Rings Omega lava fight. But it is made into an interesting gameplay element because it is presented alongside dynamics that naturally counter Anthem. This approach complements the cheesy JRPG narrative style by making the player a part of that process, rather than a sideline spectator.