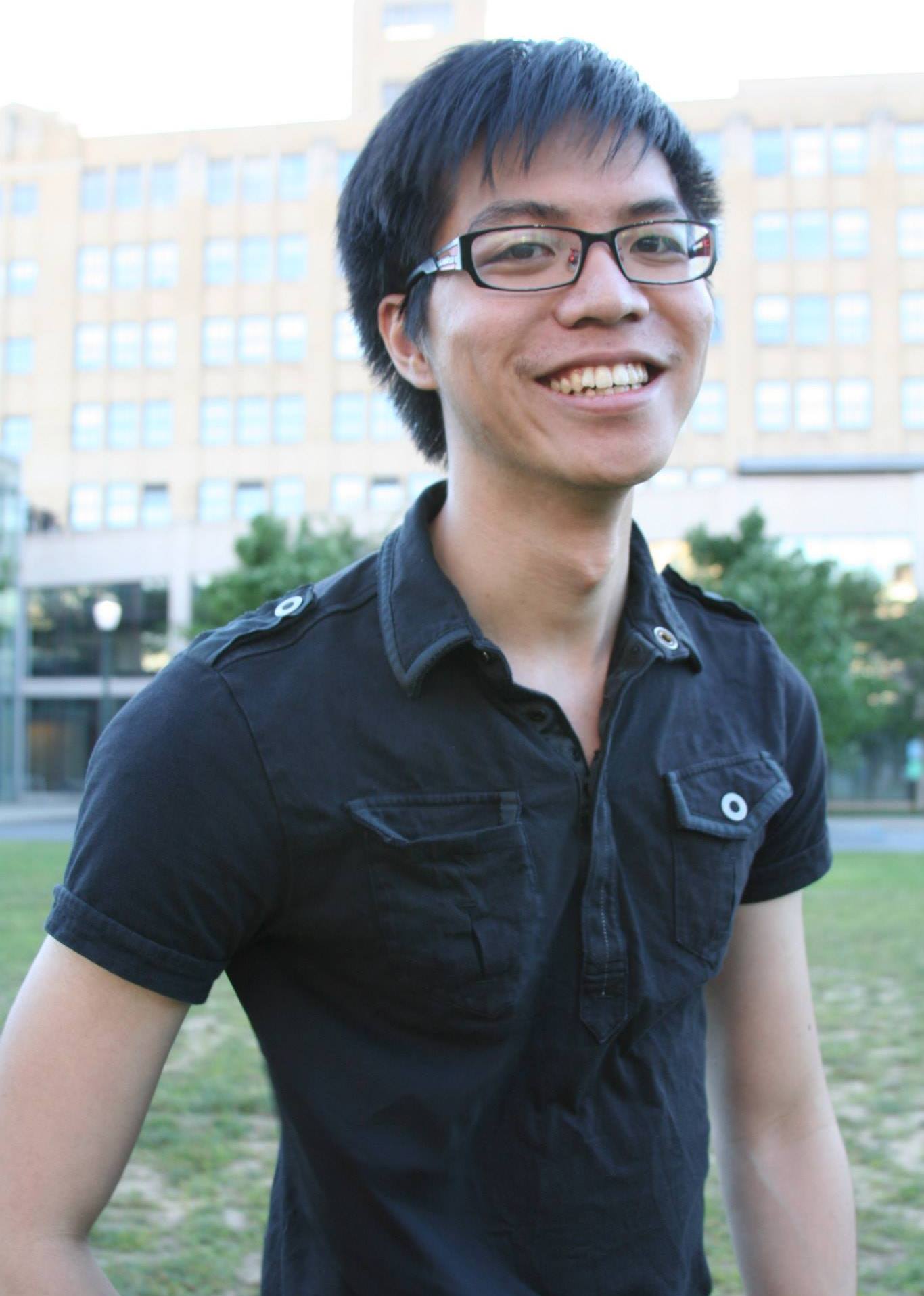 Kai-Lin, an international student from Taiwan, has been fascinated with animation and games ever since he was a child. To him, there is something magical about watching drawings and inanimate objects come to life. It always gives him excitement when they move as if they are real.

Throughout the past few decades, cinema and television displays have increased their spatial resolution. We have enhanced our TV’s from standard definition (SD), to high definition (HD), and currently to ultrahigh-definition (UHD). Recent researchers have noted that increasing the frame rate of a movie sequence can improve the sharpness of the motion picture and remove unwanted motion judders and flickers on the screen, yet, there hasn’t been an increase in our temporal resolution (a.k.a. frame rate).  Kai-Lin’s thesis work revolves around the use of Dynamic Frame Rate (DFR) in digital cinema.  He is exploring how audiences perceive the use of high and low framerates on objects that are moving across the screen quickly. Kai-Lin states, “although high frame rates have been studied quite a bit by researchers and filmmakers, the concept of dynamic frame rate is an area that has not yet been explored in depth.”

He seeks to research the use of DFR by setting up different animation tests with a predetermined set of test conditions for each animation. The animation will be shown to subjects and they will press a button whenever they feel like they have perceived a change in frame rate. Through pressing a button, Kai-Lin will be able to analyze their noticeability of the changes in frame rate within the test.

Will people be able to notice any changes in the frame rate? If they don’t, then what exactly do they perceive? Kai-Lin expects people to be able to perceive different frame rates when the changes are more instantaneous in comparison to a crossfade change or linear increasing/decreasing change. “I also expect people might say they perceived a change even though there is no change at all,” says Kai-lin. Regardless of the outcome, Kai-Lin’s work is sure to make a contribution to several industries.